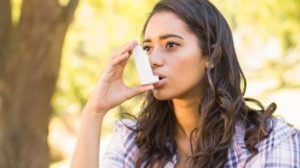 Many people who live with asthma manage their symptoms by identifying and avoiding triggers, taking daily oral and inhaled medications, and using a quick-relief inhaler. Recently, many new drugs known as biologics have been approved for treating moderate-to-severe asthma. Biologic therapies are antibodies (immune proteins) that target specific molecules that contribute to poorly controlled asthma.

Biologic therapy may not work for everyone and it may require the use of other treatments as well, but the vast majority of patients on biologic therapy have significant improvement in their asthma symptoms and also require far less if any oral steroids. It is important to see an asthma specialist in order to learn if biologic treatment is right for you. Our experts at AAFAC can help you identify what triggers your asthma and find the treatment that is unique to you and your needs. 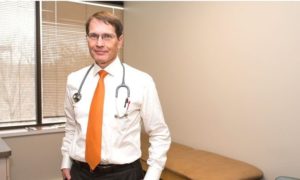 Our practice is compliant with USP 797 guidelines – what does that mean, and what is USP?

In the early 1800s, when people needed medicine, they went to their local apothecary, where the druggist would mix together a medical preparation derived from hand-collected plants and minerals. But the potential consequences of inconsistent or poor-quality medicinal ingredients or a mistake by the person behind the counter could be serious. Two hundred years ago, the types and quantities of the drug ingredients varied widely. Patients were sometimes given too little or too much. There were often multiple names for the same medicine, and medicines with the same name didn’t always share the same properties. Medical professionals did their best, but in some instances, the treatment could be more dangerous than the ailment.

In the years following the American Revolution, as poverty increased and America’s water and air became more polluted, people grew sicker. Mainstream medicine became increasingly ineffective. Americans began to seek out non-conventional medicine and people who embraced these methods. Tensions grew between trained doctors and the American public looking for more effective cures. This growing distrust of traditional medicine was one factor that drove one of the most groundbreaking periods for medical inventions in the 19th century, along with the development of modern medicine in general.

Rising from this tension, Lyman Spalding, a physician and professor from New York, became alarmed when he observed inconsistent and poor-quality medicines threatening the health of his patients. He, with the help of Samuel Mitchill, an American physician, naturalist, and politician from New York, convinced other physicians to meet in January 1820 at the United States Capitol to form the United States Pharmacopeia (USP). They put in place standards for the quality of medicines that would protect the public’s health. Reflecting the spirit of the young nation, the group would not be part of the government but instead would remain an independent organization that relied on the latest science to build trust in medicines.

They created a well-defined and clearly described roster of the best understood medicinal substances and preparations of the day that could be used by medical professionals across the newly established United States of America to prepare medicines consistently and to establish independence from Britain. This first edition of the U.S. Pharmacopeia was written in both English and Latin, making it broadly accessible, and was printed at a low cost to make it easily affordable.

Move forward almost 100 years.  In 1911 immunotherapy for grass pollen-induced hay fever was used by collecting grass pollen, creating an extract, and injecting it into patients.  Over the ensuing decades, companies took on the role of collecting and purifying pollens and other allergens and making them available to Allergists in practice worldwide.  Most Allergists used these commercial materials to compound allergy extracts to administer to their patients, although there was often a lack of agreement on what and how much to use for treatment.

Fast forward to today and the modern practice of Allergy.  The USP has regularly met and revised guidelines and recently has established a set of standards that apply to the practice of Allergy and compounding of allergy extracts used in allergen immunotherapy.

How has Allergy Asthma & Food Allergy Centers addressed and met these requirements?

In addition, we use Rosch Immunotherapy in order to provide additional efficiency and safety with rapid patient check-in (to reduce pre-injection waiting times), bar-coding of vials (to promote patient safety with the right extract for the right patient), and efficient documentation of injections.

While the lack of any reported cases of an infectious adverse event might make these guidelines seem unnecessary, our practice is willing to comply with the USP Expert Compounding Committee’s guidelines to reflect our dedication to patient safety.